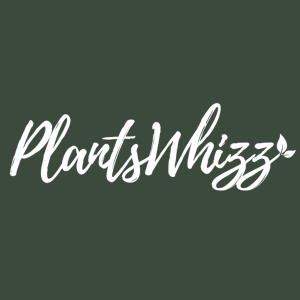 Although you may have heard of Philodendrons, you may not have heard about the newest type to become recognized and available widely, the Philodendron Birkin. The Birkin is a rather recent addition to the houseplant possibility list, so recent in fact that the height of a mature specimen has yet to be observed. They have a lush and bold appearance that will be the envy of any plant enthusiast.

The Philodendron Birkin is the result of a spontaneous mutation of a Philodendron Rojo Congo into something called a  “chimera”. This chimeric mutation is incredibly unstable but results in the variegated appearance of the leaves. Since it is the result of a mutation, there is the potential for the Birkin plant to revert fully back to being all green, but there is also the potential to create new leaves with patterns that have not been seen before. If you are thinking about picking up a Birkin you probably want to do a little research regarding what optimal care is going to entail. Maybe your impulses got the better of you, for only a moment, and now you have one that you suddenly need to learn to care for. Either way, let’s take a look at what conditions and care will help your Birkin be its best.

The right soil mix for the Birkin can best be described as rich and chunky, keeping the roots moist without making them stay wet. Rather than potting soil, the Birkin will need light and uncompressed bark, rotting wood, or peat soil. This will help prevent the Birkin from becoming rootbound, which can happen easily in dense soils.

One of the many reasons that the Philodendron Birkin has become such an incredibly popular houseplant is that it will accept both medium and bright conditions created by indirect light. Offices, homes, bedrooms, and more are great places to have Birkins.
Avoid letting your Birkin live on a balcony, porch, or patio that gets direct sunlight, the same goes for kitchens that may get a lot of natural light. This direct light and heat can cause significant damage to your Birkin.

The Philodendron Birkin does best in chunky, moderately loose soil that is able to stay relatively moist or damp at most times. While it prefers moist soils, soil that is too wet will begin to foster conditions like root rot that will begin to seriously affect the whole life of the plant. The soil should be allowed to partially dry before being watered again to make sure they avoid being overwatered

The Philodendron Birkin prefers a more tropical-feeling environment, though in a home or office environment where it can hover in the 60 to 85-degree range is perfectly acceptable. The main thing to remember is that it needs to stay above 50 degrees or it can begin to suffer some cold damage. So if there is the potential for it to be exposed to or caught in a draft, it could mean the chilly demise of your Birkin. The same can be said for being in front of a heating vent or similar fixture, leaving the leaves to singe and brown, eventually causing severe and potentially deadly damage to the plant.

Relative humidity levels of below 40% are adequate to provide general care for your Birkin, but they are not ideal. Since the Birkin prefers a more tropical environment, raising the humidity to the 60%-70% range can often produce some very impressive growth results. Birkins in this sort of environment will thrive and show prodigious growth.

If you are finding it challenging to keep humidity levels high enough to encourage big growth from your Birkin, you may find some success with alternate methods. Try grouping plants together, since the more concentrated transpiration and evaporation effects will boost humidity. Humidity trays can be a great way to keep humidity and temp elevated, but simply moving your plant to a bathroom can expose it to high enough humidity to make magic happen.

The most reliable and consistent way to feed your Birkin is by mixing up a bit of water-soluble plant food that is then used once or twice per month. Depending on your climate and humidity there may be a simple way to remember, for example, by feeding every fifth time the plant is watered.

All-purpose, liquid fertilizers are always a great option and they can be found in most nurseries, hardware, or home improvement stores. There are also fertilizer options that are organic and often much more forgiving for the novice. They are mixed into standard tap water that has been dechlorinated and used to water the plants.

Propagation and cloning of the Birkin are relatively straightforward and only require basic setup, prep, and aftercare. When taking a cutting, it is usually recommended to take one in spring when the plant’s vigor is at its height and to make sure that there is one growth node as well as a few aerial roots. Starts can be rooted in water for a few weeks before being given a home in a pot.

There is no flowering stage of the Philodendron Birkin, as it is what amounts to a designer plant and is part of a larger genus of plants in the Araceae family. They are all relatively large and imposing plants that are often able to climb other plants, trees, and objects using their aerial roots.

The growth of the Philodendron Birkin is dense and full. It holds a very compact form that gains size relatively quickly and should be checked for size and root binding once every year. If there are roots that have grown down to the bottom of the pot, the plant can be repotted in another container that is only one to two inches larger than the old vessel.

Birkins are remarkably robust when being potted or repotted. Of course, any repotting activity stresses the plant and its roots, but the Birkin seems to tolerate the shifting simply and recovers quickly. When roots have filled the container and appear at the bottom of the pot it is time to upgrade So, now you’ve got a great-looking Birkin specimen, and you want to turn it into a few great-looking Birkin specimens. The easiest way to do this is going to be by the propagation or cloning process. This is so that the plant material that is obtained is genetically identical to the source or mother plant. Propagation is a very popular way to help plants spread and become more prolific. Propagate your Birkin with this three-step guide.

Grow a specimen of P. Birkin to the point that it not only has numerous visible aerial roots and multiple generations of growth nodes, but that the mother plant is healthy enough to support healing and growing back after the clones are harvested. Pick your cuttings from sections that have both a growth node and aerial roots for the best chances.

Using a clean razor blade, cut each clone off with an angled cut, making sure to cut below the targeted growth node and aerial roots. This step is important to keep as sterile as possible, to avoid potential infection of the injury sites on both the mother plant and the cutting.

If possible, as soon as the cutting has been taken, dip it in rooting hormone to help seal the wound against infection, as well as provide a head start on root production. Cuttings can be rooted in water for up to 8 weeks if needed until prodigious roots are showing.

Once the cuttings show a volume of healthy roots, they can be planted directly into the substrate of choice, with many people putting them directly into the same potting mix that the established adult plants enjoy. This allows the roots to immediately begin growing laterally for optimal feeding. Cuttings can go directly into their potting mix for the rooting stage, though the conditions can cause problems if not tended to closely. Philodendron hederaceum tends to be one of the most popular types of Philodendrons overall, due to the level of care required. They are often easy plants to manage, even for the novice. They are a vining type that may be sold under the nickname “sweetheart” due to the leaves being shaped like a heart.

This variation has bold variegation in its leaves of a bright green and shockingly white. This is one that is meant to catch your eye even among a host of other plants and decor. Whether the centerpiece or an accent, these will stop and make guests take notice.

This hybrid Philodendron draws the eye with a powerful and verdant green. It can be used effectively as a houseplant, or it can be leveraged equally as well outdoors for accents or landscaping.

The Xanadu is one of the largest of the more popular Philodendrons, and if it is cared for well it can grow to impressive sizes. The uniquely shaped leaves have “fingers” that hang off of them, making for a very different appearance from many other Philodendrons.

The most common problems are those that breed and multiply and eventually take too many nutrients from or cause too much damage to the structure of the plant. This leads to substantial damage that the Philodendrons may not be able to recover from, even with large amounts of human intervention.

Spider Mites will be easy to spot with their reddish-brown color and signature webbing. They will kill your plant reliably if left to their own devices. Thrips are another insect that will often favor Philodendrons like Birkins and will drink the plant just like mites, by biting it repeatedly.

This will eventually cause the death of whole leaves, and more. Mealybugs & Aphids are also possible infestation agents, causing more tissue damage to the leaves. The good news is that all of these pests are treatable with insecticidal soap. Following eradication, keep the plant clean to help minimize re-infestation.

Tips to healing the problems of Philodendron Birkin plant

Oddly enough, drying leaves indicates your watering can hand is a bit heavy. Make sure the soil is relatively dry before watering again.

This is an indication of being too dry, either underwatered or more likely, too low of humidity.

Why Does My Birkin Have Dying Spots?

This is rarer and could indicate that there is Erwinia blight, also known as fire blight. While its a less common infection to encounter, it is relatively common in Philodendrons like Birkins.

Pests, disease, and toxicity in the Philodendron Birkin plant

The Birkin variety is really only susceptible to a narrow variety of pests. Often needing some form of human intervention to assist with issues surrounding spider mites, thrips, mealybugs, and aphids, they resist or are unattractive to other common and uncommon pests. They can all be taken care of with insecticidal soap.

Erwinia blight is common in this family and shows up as lesions on the stem and leaves, often accompanied by a bad smell. Dip shears in alcohol and prune the infection off if it’s early enough.

Like many Philodendrons, all parts of the Birkin are toxic and should not be ingested or consumed.

For Philodendron enthusiasts that want a little more challenge than some novice varieties, with the reward of a very interesting pattern, the Birkin is a very neat newcomer. How to Identify Root Rot in Plants and Treatment